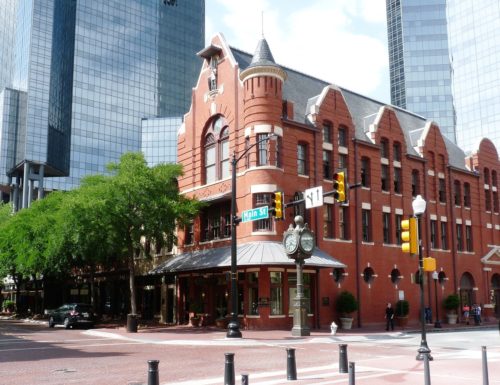 The Safest (and Most Dangerous) Cities in Dallas-Fort Worth

People are moving to North Texas for a variety of reasons, from the lack of state income tax to the mild winters and freedoms enjoyed by its citizens. Other reasons to move here include a desire to escape city restrictions and find a safer place to live.

The latter reason is a little misunderstood. While DFW is definitely safe compared to metro areas like New York City and Chicago, statistics from NeighborhoodScout show that Dallas is only safer than five percent of American cities.

That being said, your chances of being a crime victim varies wildly depending on where you live in the DFW Metroplex. Let’s take a look at which Dallas-Fort Worth neighborhoods are the safest and which are the most dangerous.

The Safest Neighborhoods in DFW

Since Dallas-Fort Worth covers a wide area, we’ll break these sections up to list the safest neighborhoods in Dallas and safest cities in Fort Worth. These neighborhoods are sought-after communities and worth considering if you’ve recently moved to the area or you’re moving here soon. According to crime-tracking websites like NeighborhoodScout and AreaVibes, the below lists are the safest neighborhoods (with the nearest notable city in parentheses).

The safest neighborhoods in Dallas:

The safest neighborhoods in Fort Worth:

The Most Dangerous Neighborhoods in DFW

On the other side of the coin, there are some neighborhoods you definitely want to avoid (or at least keep the crime rate in mind if you have limited options). According to crime-tracking websites like NeighborhoodScout and AreaVibes, the below lists are the most dangerous Dallas-Fort Worth neighborhoods (with the nearest notable city in parentheses).

The most dangerous neighborhoods in Dallas:

The most dangerous neighborhoods in Fort Worth:

The Importance of Knowing a Good DFW Locksmith

Regardless of where you live in Dallas or Fort Worth, a trusted locksmith is a must. Even in safer areas of DFW, you can be a victim of property, business or auto crime if you aren’t careful. Always lock your vehicles and buildings when you leave them, don’t leave valuables visible through any windows and consider consulting with a professional Dallas-Fort Worth locksmith to see if there are any security areas you can improve to avoid being a victim.

If you’re interested in learning about ways to improve your home, business and auto security, contact A-1 Locksmith today or stop by any of our DFW-area locations for a consultation.