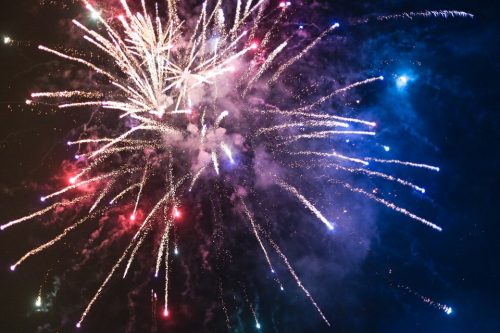 The Top 7 Fourth of July Movies, According to One Locksmith Company

What better movie to start with than the one with Independence Day in its name? Sure, it may be mostly about saving the earth from an alien invasion, but it’s a classic that deserves to be on any list of Fourth of July movies. (Plus, it was released the day before July 4, 1996.)

2. Born on the Fourth of July

A story of innocence, courage and a whole lot of patriotism, this Tom Cruise-led film is another classic. It may have been released in 1989, but it still holds up with its portrayal of brave soldiers and the ramifications of what it takes to defend this country’s freedom.

Go back to the beginnings of this great country with this powerful, moving story of the American Revolution. Starring Mel Gibson, it tells the tale of a farmer who fights the British to avenge his murdered son’s death.

The only thing more American than the flag, fireworks and friends/family? Baseball. This movie may not explicitly revolve around the Fourth of July, but it has a memorable fireworks scene and is nostalgic for both the young and old. A must-see.

Just as fireworks can get your blood pumping, so can fighter jets screaming across the sky. Grab the popcorn and turn the surround sound system up for this 80’s classic starring Tom Cruise. (Maverick and Goose are legends.)

An oldie but goodie, this classic movie features lots of patriotic singing and dancing, including songs like “You’re a Grand Old Flag” and “Over There.” It stars James Cagney and was released way back in 1942, but everyone can enjoy it during this special holiday.

For a more recent option, check out one of the earliest films from The Avengers series. Chris Evans plays the role of Captain America perfectly and inspires us all to do more for our country. Plus, there are plenty of special effects, so what’s not to love?

There you have it! What’s your favorite Fourth of July or patriotic movie? Give us a call at 972-284-7500 to let us know and schedule any locksmithing services you may need.