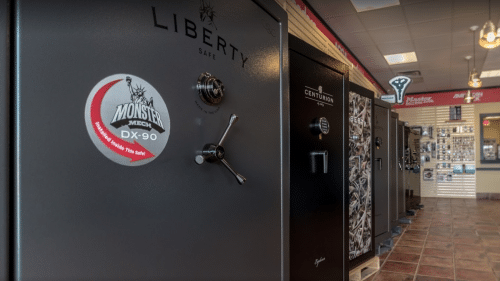 Buying a safe is a lot like buying a car, only at a much smaller scale financially. You have your new options, of course. But did you know you can also buy a safe that’s been previously used? Many people aren’t aware that used safes are an option—a potentially better one than new safes, in fact. It all depends on your needs and your budget.

From the fact they’re affordable to avoiding the harsher ownership segment of the depreciation curve, there are several reasons why it makes more sense to buy a used safe than a new safe. Let’s take a look at five benefits to buying a safe that’s been previously used:

Let’s start with the most obvious reason. Just like a car, if you buy used when it comes to a home, or even business, safe, you’ll be paying less money than if you bought new. Saving money in up-front costs can help you afford certain brands or types of safes, as well as set some money aside for future maintenance or service (if needed).

Just as a car depreciates by double-digit percentages once you drive it off the lot, a safe depreciates in value once it’s been used for a while. By buying a used safe, you can avoid the depreciation that comes with a new safe. If you’re going to use a safe for a short-term period, this is especially smart.

3. There Are Less Insurance Costs

Add these two previous reasons together and you’ll see why insurance costs will be less as well. Since they’re not as costly and they’ve already depreciated by some percentage, used safes won’t require as much insurance coverage. In return, you save money on your premiums. This is especially important to think about if you’re buying a gun safe or jewelry safe.

As new houses and new cars show, there are occasionally problems with manufacturing. So even if you buy something new, there’s no guarantee everything will function correctly. With a used safe, on the other hand, you know they’ve been used and tested before, so you can have more peace of mind about them.

5. They May Still Have Their Warranty