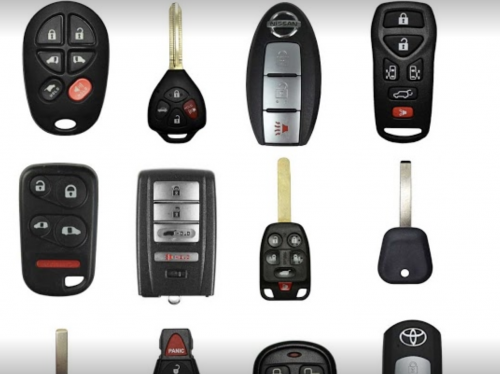 A Look at High-Tech Keys That Prevent Auto Lockouts

Isn’t modern technology great? Imagine the reaction of people from generations ago if we told them that one day they’d be able to schedule a single-serve cup of coffee to greet them in the morning when they wake up. Or, that they’d be able to control the temperature of the room by simply using their voice. Or, that their car wouldn’t lock if the key was still inside it.

We’ll be taking a closer look at the latter scenario in today’s post. First, let’s go over the different types of high-tech keys and then let’s discuss the benefits of these keys, which include preventing auto lockouts.

The biggest benefit of all these high-tech keys? Extra security. Keeping you, your car and your belongings safe is the main purpose behind them. But they also have other benefits beyond auto lockout prevention, such as convenience, peace of mind and remote tracking. (Let’s be honest, they also look pretty cool.) If you’re interested in learning more about their benefits, be sure to talk to an automotive rekeying locksmith about them.

Interested in high-tech keys like these that prevent auto lockouts? Give the A-1 Locksmith team a call today at 972-284-7500 (or stop by any of our DFW locations) and we’ll help you out.