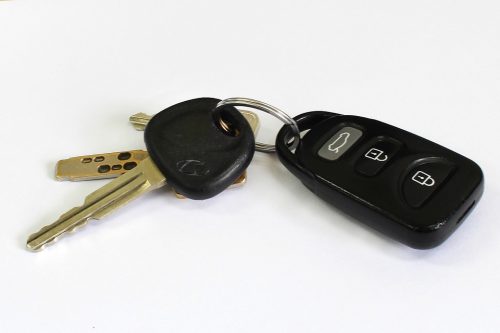 Imagine a world with only one ice cream flavor. It doesn’t matter if it’s vanilla, chocolate or strawberry — it would get boring after a while. Fortunately, that’s why places like Baskin Robbins (and their 31 flavors) exist. Automobiles are the same way. While they all serve the same general purpose (getting you from point A to point B), they have a variety of different colors, styles and components.

One of those components is keys. Did you know that there is more than one type of car key? From mechanical and self-programmable to transponder and laser-cut, there are a variety of different keys out there that can be used for automotive rekeying. Part of the reason for this is functional; part of the reason is preference. Either way, let’s take a closer look at seven of the most popular types of car keys to see why they’re out there.

These keys used to be prevalent in most cars, but that’s no longer the case. Mechanical keys instead show up more often as house keys, locker keys and other basic devices. You likely won’t find a mechanical key for a car unless it’s a basic or older model (or to access the door or trunk only). Why? They don’t include electronic components that the car uses to confirm the key is valid.

Programmable remotes (or self-programmable as they’re more often called) aren’t really keys. Instead, they’re buttons that you use to lock your car, unlock your car, sound the alarm and/or open the trunk. Using special equipment, a locksmith or dealer can program one of these remotes to your vehicle to your vehicle and replace or duplicate them if necessary. As a bonus, the best automotive locksmiths guarantee their programmed keys to work and may even include a 90-day warranty.

These are the most common car keys you’ll see out there. Transponder keys are like mechanical keys, but they have electronic components in the head that communicate with the car to confirm that the key is valid. Like remotes, these keys need to be programmed to the vehicle in order to start it, so they usually require the assistance of a locksmith or dealership.

These are also more and more common these days. Remote/key combos are exactly what they sound like: a combination remote and key. You have the security of the key being programmed to your car, but the convenience of choosing between the button or key to access it.

One of the newer car access options, proximity keys or FOBS look like remotes (and may even have buttons on them), but they can actually start the car or unlock the doors when you’re near the vehicle. You may need help replacing one of these if the battery dies, or you may just want to upgrade a basic key to a proximity FOB.

Finally, Tibbe keys are unique in that they can’t be duplicated by anyone except a dealer or locksmith. Furthermore, they’re limited to certain types of vehicles, such as Ford and Jaguar. But they’re common enough to make it on our list.

Need your automobile rekeyed? Or perhaps you just need an extra set of keys for your car? Give us a call at 972-284-7500 and we’ll get you taken care of today.