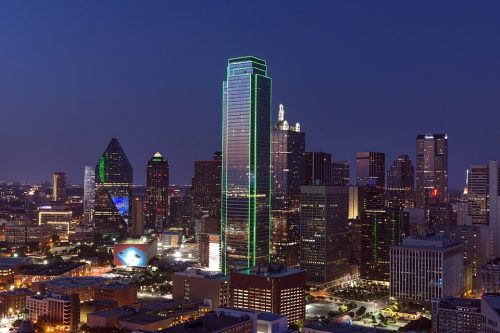 Dallas-Fort Worth Burglary Rates: How DFW Compares to the National Average

As many North Texans already know, DFW has a lot going for it. We’re one of the Top 25 fastest-growing cities in America, our housing market is stable and there are plenty of restaurants, activities and attractions for people of all age groups to enjoy. But what about safety?

Using raw data from 18,000 local law enforcement agencies in the United States, NeighborhoodScout is a trusted source for crime statistics. According to their nationwide meta-analysis, Dallas has a crime index of 9 out of 100, meaning Dallas is safer than 9% of U.S. cities. This is partly calculated by violent crime, but property crime plays a big part. There are 32.38 property crimes per 1,000 Dallas residents, compared to 25.63 for Texas and 24 for the national average. Furthermore, Dallas had more than 9,900 incidents of burglary in 2017 alone, a rate of 7.4 burglaries for every 1,000 people. To put it in perspective, your chances of becoming a victim of property crime in Dallas is 1 in 31.

The data for Fort Worth isn’t much better. The crime index for Fort Worth is 11, meaning the city is safer than just 11% of U.S. cities. Property crime is similar to Dallas in that there are approximately 32.29 crimes per 1,000 residents (again, compared to 25.63 for Texas and 24 for the national average). Fort Worth had 5,129 burglaries in 2017, a rate of 5.9 burglaries for every 1,000 people. Like Dallas, your chances of becoming a victim of property crime in Fort Worth is also 1 in 31.

Addressing the Dallas-Fort Worth Burglary Problem

Crime rates vary by where you are located in the Dallas-Fort Worth Metroplex. Regardless of your location, however, there are certain things you can do to ensure your home is as secure as possible. Fort example, local DFW locksmith company can help you with:

If you live in Dallas-Fort Worth and would like to increase the security of your home, give the A-1 Locksmith team a call today at 972-284-7500.